On July 15, 2020, Nihon Sekkei won first place in the International Consultation on the Urban Design of Shenzhen North Railway Station Hub Area, a design competition organized by the Urban Planning, Land Resources Commission of Shenzhen Municipality.
On this project, Nihon Sekkei partnered with two local firms, Pacific Consultants and Shenzhen Huahui Design Co. Ltd. The site is located on the halfway point of the Guangshengang XRL, a high-speed railway that connects Shenzhen and Hong Kong. The north railway station hub is expected to serve for the largest number of passengers. The urban design scope covers 276ha and required architectural master planning for the central zone covering 29ha. 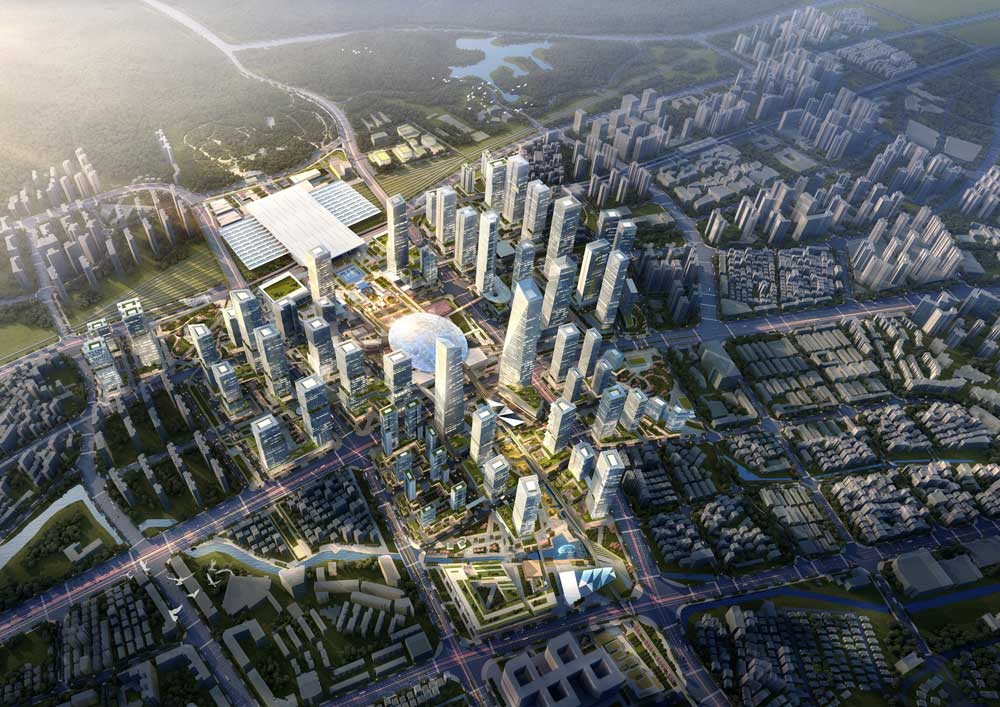 The area is a suburban commuter town with a rich natural environment situated in the north of Shenzhen’s downtown. It is connected to Xili University Town to the west, Banxuegang Hi-Tech Zone to the east, and Hong Shan to the north where construction of various large-scale developments such as commercial and cultural buildings are underway. With the prospect of increasing passenger volume and expansion of the Shenzhen urban zone, design agencies were expected to propose remodeling plans featuring reuse of the existing structures.

Our team submitted a proposal focusing on these concepts: “network-model terminal” and “TOD designed to attract foot traffic through entertainment.” Unlike the conventional TOD design, which prioritized economic efficiency and treated hub stations purely as transfer points, our plan is designed to create opportunities for different groups of people to gather together, interact and have rich experiences. An integrated urban space named Cross Gate is designed to bring and encourage different groups of people to interact. Organic pedestrian networks and vertical circulations connect large and small station squares. Together they form an attractive urban node, which we hope to realize in Shenzhen.