Make Places for People to Gather

With attractive feature as the Japan’s first skyscraper completed in 1968 the Kasumigaseki Building and its retail store area on the lower floor were crowded with many visitors. On the lower level of the Keio Plaza Hotel completed in the 1970s, we created a shop area having the same scale as other existing shopping street in the city during those days. In addition to this we aimed to create people’s vibrancy and circulation by installing a corridor traversing the first floor. For the Shinjuku Mitsui Building, by placing the building back of the premises facing a street extending from Shinjuku station, we created a plaza where everyone can gather around the foot of the building for relaxation where zelkova trees surrounded by shops grow and water feature shut out noise of the city. 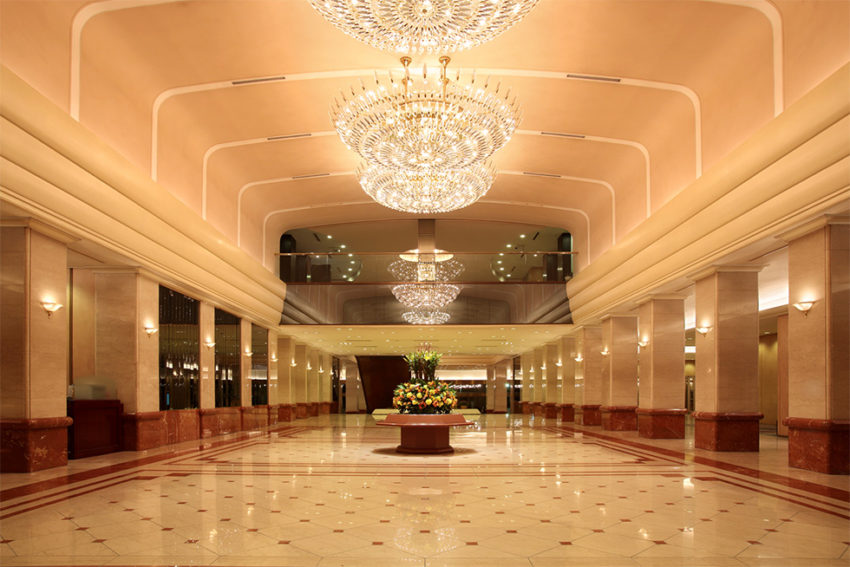 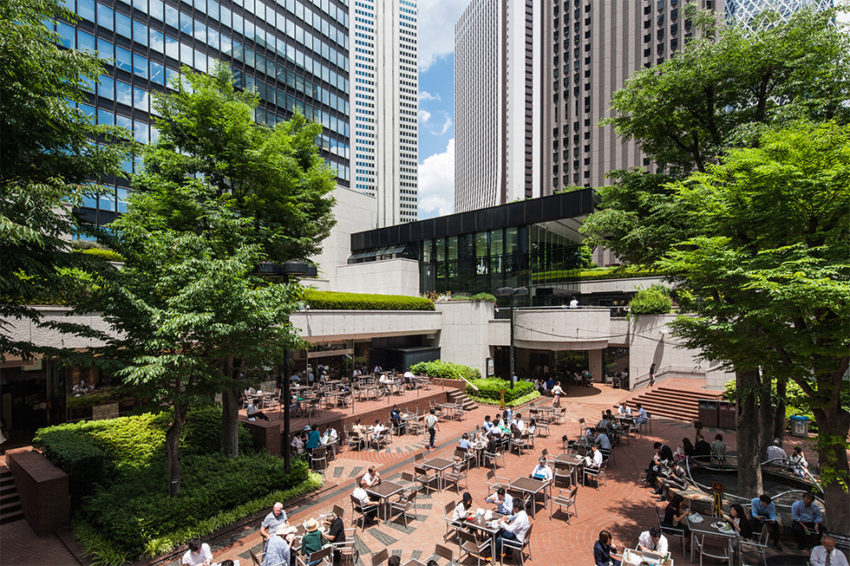 Since scale of the building has become so larger to occupy a city-block in the 1990s, our interest to design places to become to how create amenity and bustle there. At the Act City Hamamatsu in Shizuoka city composed of theater, concert hall, plaza, over 200 meters high skyscraper tower accommodating hotel and retails and event hall in the site of about 470 meters in length, sequential view created by those facilities provides visitor suspicious and enjoyable experience. At the Shinjuku I Land, along with water feature and green, we arranged public arts created by artists from the world. With the space spreading from the lower part of the building and the accent by the distributed art works, the whole block is colored with an atmosphere for a small pausing pleasantly by visitors. Among the public arts, the red “LOVE” monument as a symbol of Nishi Shinjuku is also a place to visit for many tourists from abroad.

Spill out of the Site and Invigorate the Community

By the time of the beginning of the 21st century, Nihon Sekkei ‘s “Creation of Place” evolved to the idea to produce people’ s circulation and bustle by connecting buildings on the blocks. For example, the Shibuya Mark City created a new flow of people by connecting Shibuya station and Dogenzakaue area. The Grand Plaza where an old department store was there in Toyama city, through collaboration with the administration, we contributed to regain bustle in the accelerating hollow out area by designing façade of the facility as a semi-outdoor space covered with glass facing to the Sougawa shopping street, a main street of the city. Connecting blocks and creating a new flow of people have become our innovative style to seek architecture with mind of scale of city. 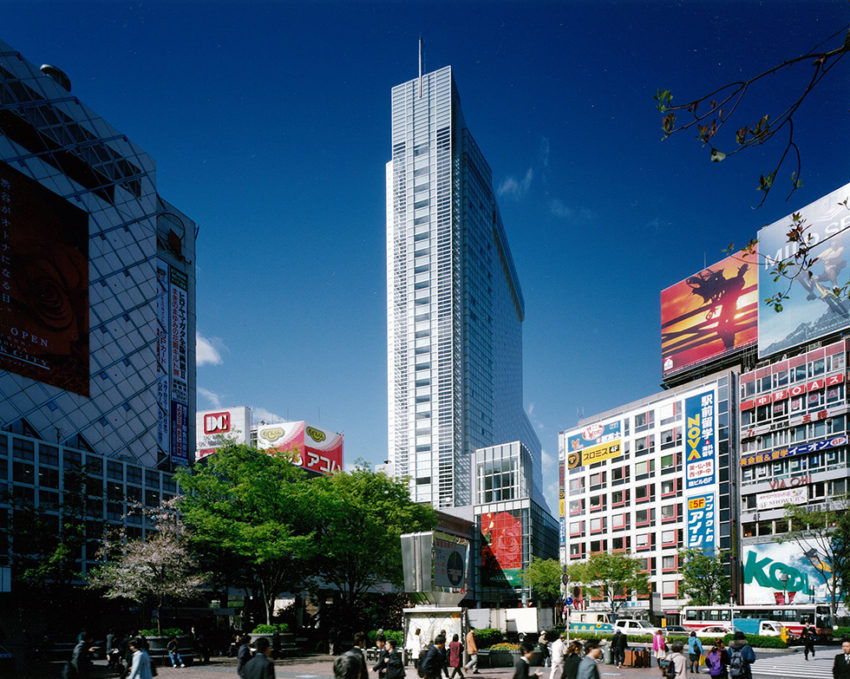 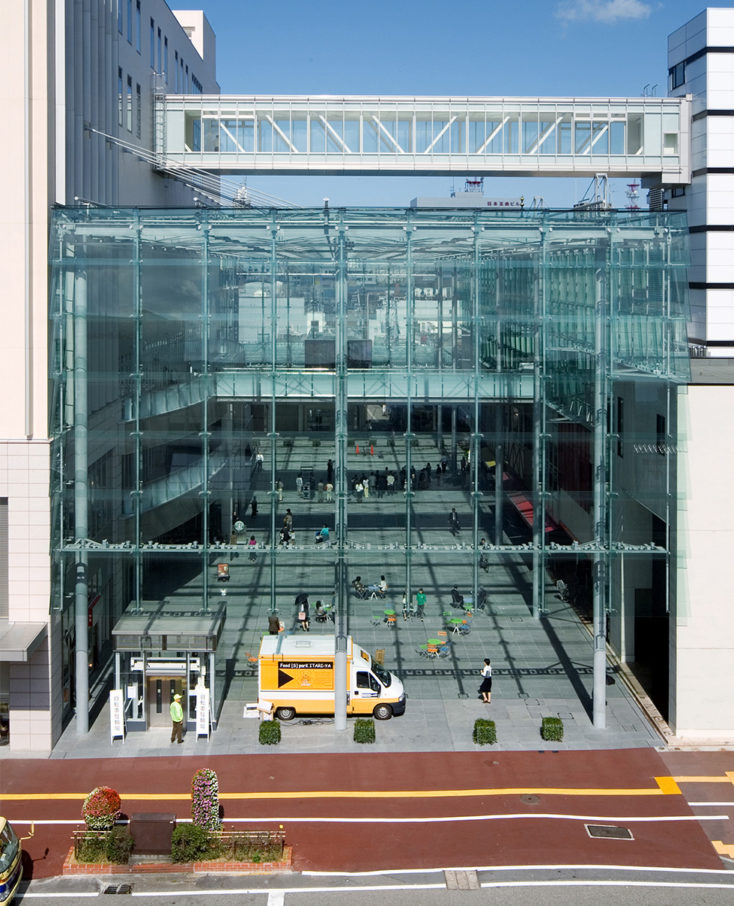 The style on creating the bustle with gathering space has now entered a new stage. In the Nihonbashi Muromachi Higashi Redevelopment (Coredo Muromachi), we designed the stores on the first floor of the each block to face each other across the street to create a crowded cityscape like those in ordinally shopping district. The welcoming place for the visitors has revived in the place where long-established stores stood. In the Sapporo Kita3-jo Plaza, we designed a plaza to harmonize with the Hokkaido Agency Red Brick Government Building, former Main Administrative Building, which is a historical heritage and symbol of the city at a part of the North 3rd Street in front of the prefectural government. Government and private sector had cleaned out a barrier in between to create the plaza to convey the history of Sapporo to future generations. In 2010, a 6,000sqm plaza named the Kasumi Terrace opened in Kasumigaseki area, Tokyo. This plaza was created by combining a project to refine the Kasumigaseki Building built in 1967 with a Private Finance Initiative project to rebuild adjoining the Ministry of Education, Culture, Sports, Science and Technology and the Board of Audit. The plaza with unparalleled scale in the center of Tokyo became reality after 40 years from the conceptual plan of “Kasumigaseki Building” was designed. In that sense, it may be said that the Kasumigaseki Building has completed ideally by this realization. We will continue to design beyond various barriers to challenge to “Creation of Place”. 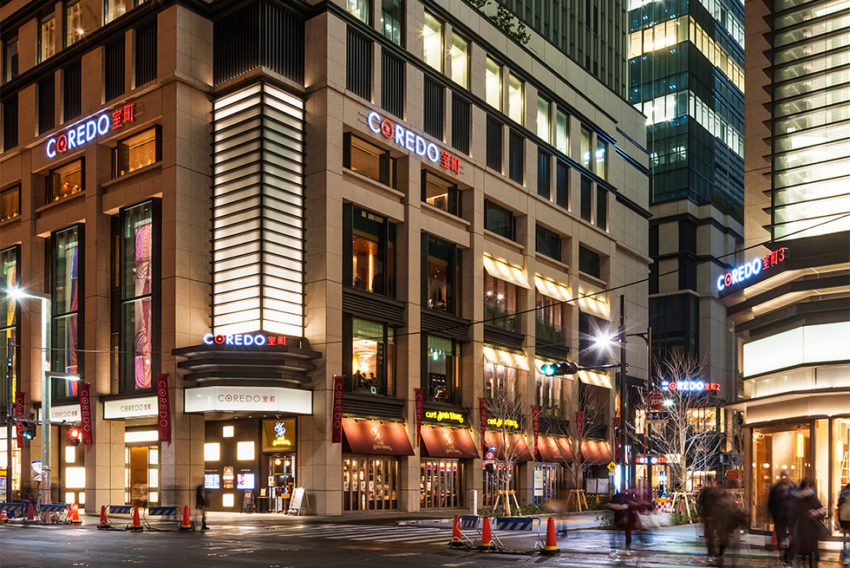 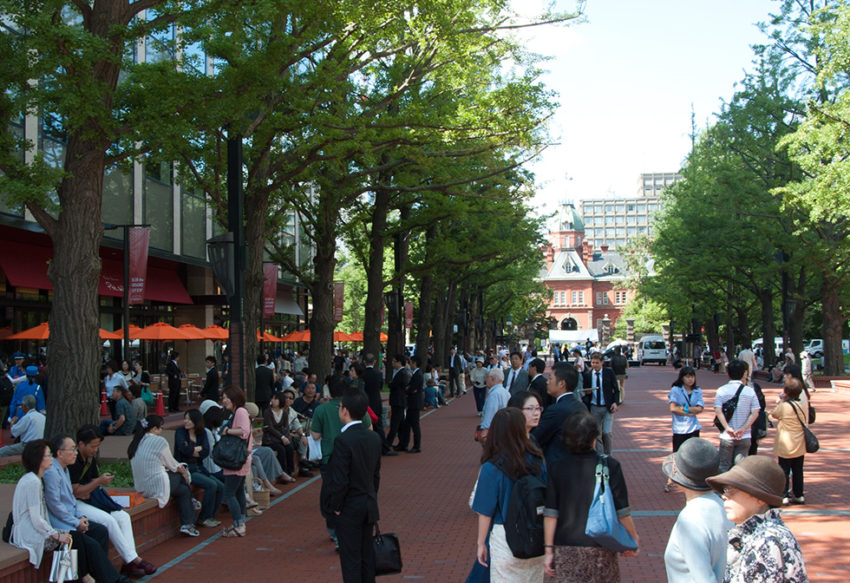 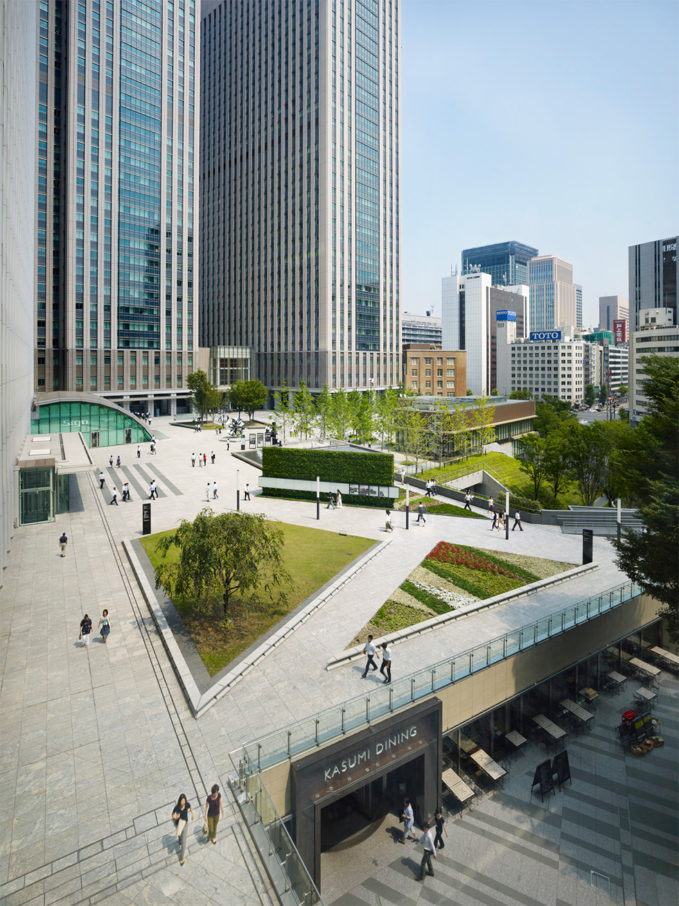