Major Japanese cities, especially Tokyo, were burned out by the air raid of the World War II. So just after the end of the war, the national government and the Tokyo metropolitan government began to seek the urban planning so that the city could be reborn as a modern city where people are safe and easy to live, with capability to contribute to economic recovery. Unfortunately, it could not be realized rapidly due to lack of methodology to realize it in addition to constraints of budget. In urban planning that designs roads, residential areas and public parks with a perspective view on future of the city, capability not only to formulate the plan by the administrator but also to negotiate steadily with mass of people and landowners living in that place are indispensable. For execution of the plan ideally drawn on desk required effort that was down-to-earth by the stakeholders. 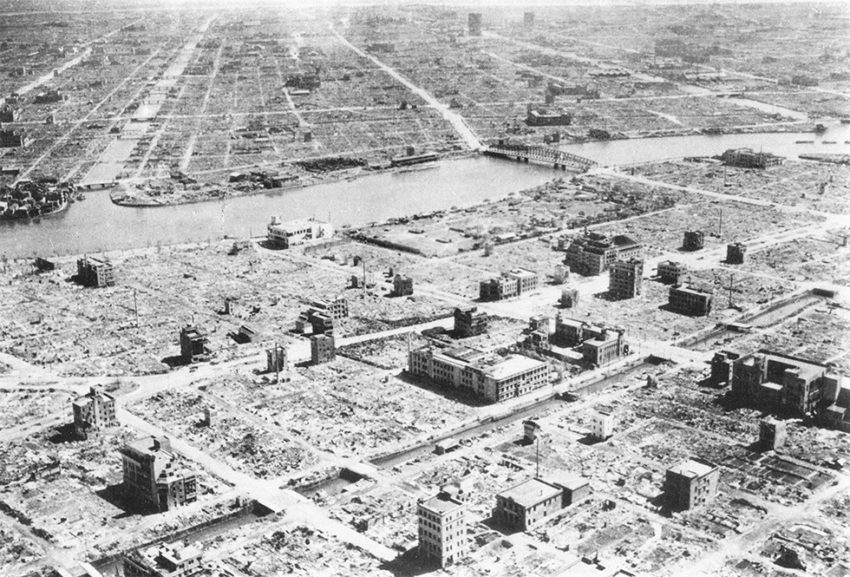 View of Tokyo Metropolitan City after the air raid
(photo/KyodoNews)

The Day Our Dream City Became a Reality

When entering the rapid growth period in the 1960s, the need to realize urban planning became more prominent. The city had many complicated problems, such as commuting rush, traffic congestion on the road, dense residential area vulnerable to fire. As of this time, planners began to think that it was necessary not only to formulate planning but also to have a team with ability to realize the urban planning. The Tokyo City Plan Kasumigaseki 3-chome Specified Block was the first urban planning formulated with the intention. The success of this project, which produced the first skyscraper in Japan, not only impressed society about the shift to a modern city but also showed a path to materialize the ideal city image drawn by planners. 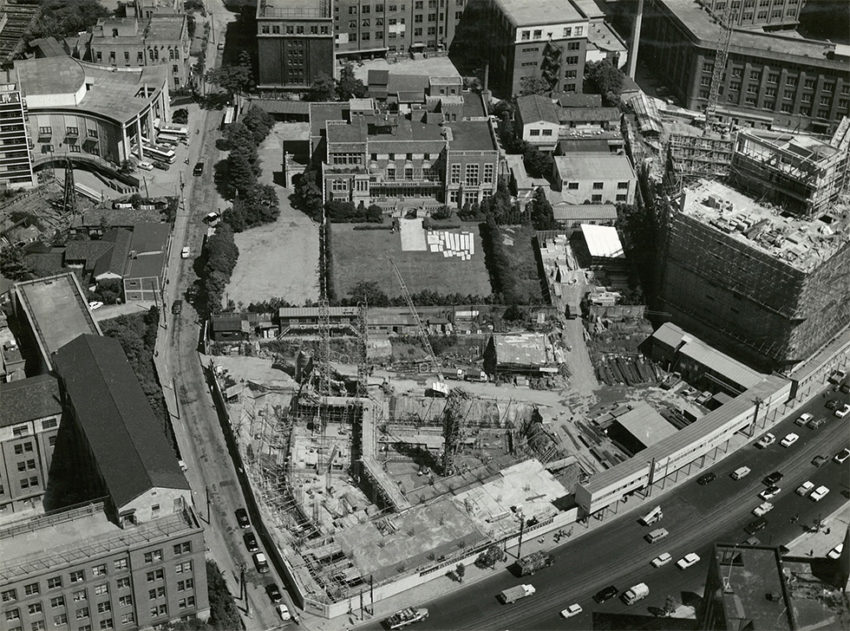 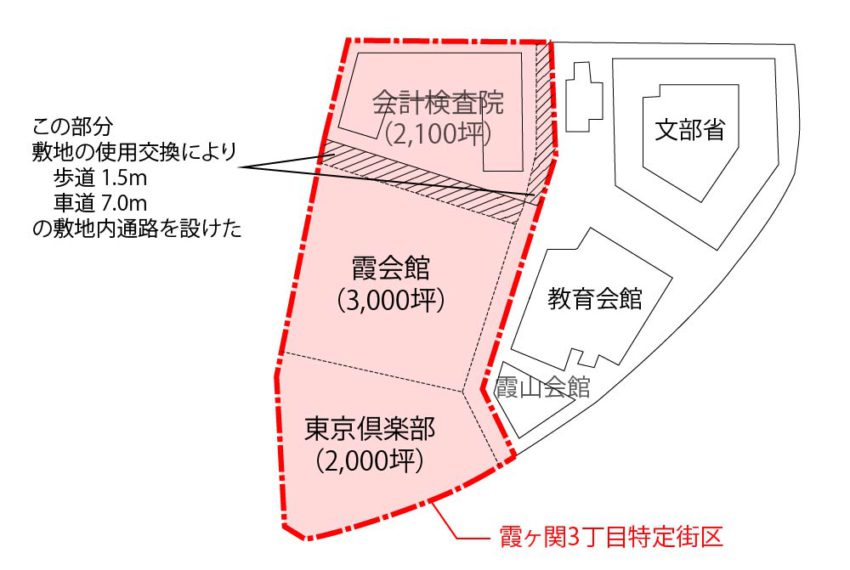 “There is the organization not only to formulate urban planning but also to have skills and methods making it possible.”, people who were enthusiastic about urban planning gathered as our colleagues. And since establishment Nihon Sekkei in 1967, we began to perform both architectural design and urban planning as the two wheels of our services. The Shirahige East District Redevelopment was the first project immediate after the establishment. The project was to convert the Delta of Kotoh area with a soft ground, sandwiched between the Sumida River and the Arakawa, to a disaster prevention base to protect tens of thousands of residents in case of emergency. For realization of the plan, in addition to technical consulting on planning, we made effort to coordinate among administrative officials, landowners and residents. This experience was also implemented in following projects to refresh Tokyo as a new modern city after the war. 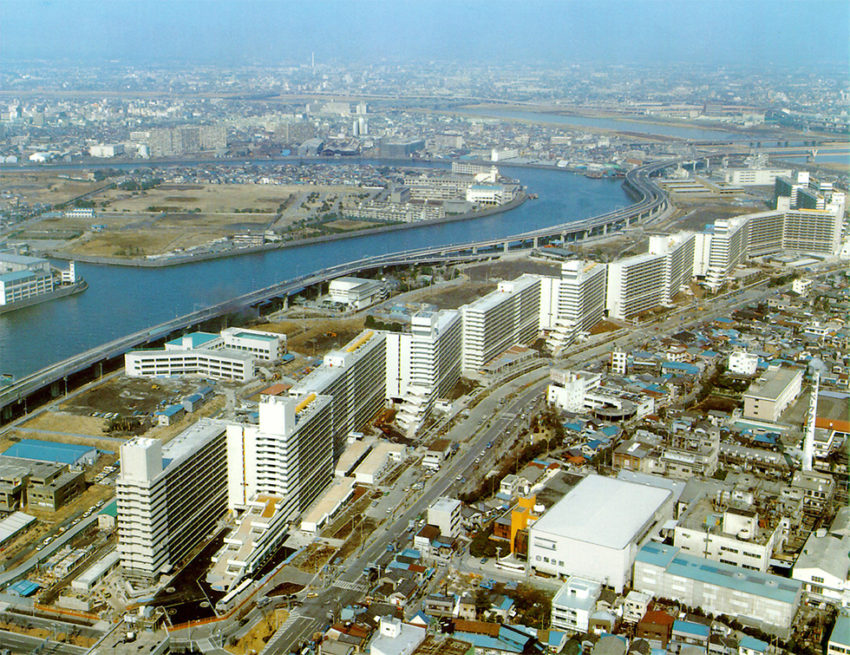 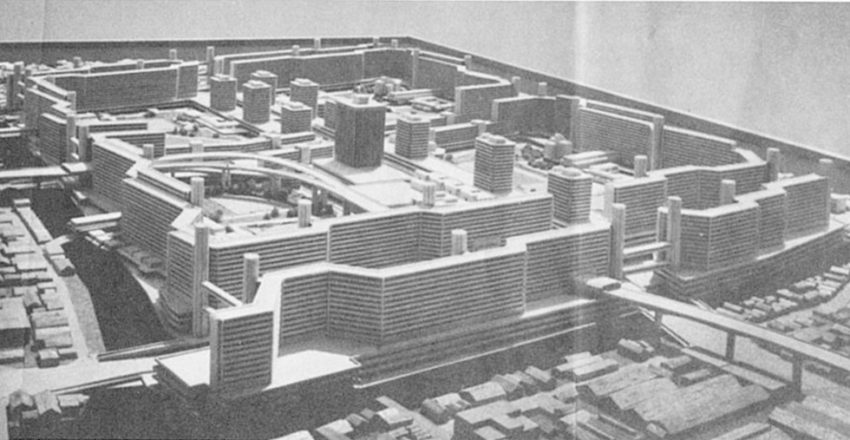 The Past 23 Years for Future Excellency of Tokyo

The Ring Road No. 2 opened between Shimbashi and Toranomon in 2014 was originally a city planning road called as MacArthur Street planned in 1949. This project was extremely complicated to superimpose the newly established the Three-Dimensional Road System on the Districts Plan to stipulate the Tokyo Metropolitan’s Category 2 Urban Redevelopment Project and the Redevelopment Promotion District. The Toranomon Hills built on that road running underground has become a pioneering project to create new infrastructure by constructing road and building simultaneously and three-dimensionally. Sidewalks with width of 11m on the both sides of the road become a terrace for retail stores and a plaza for residents by shutting off car traffic. Nihon Sekkei’s urban planning team has participated in this project since 1991. Through this 23 years long project to complete, we learned a lot to create a new type of relationship with roads, buildings and residents. 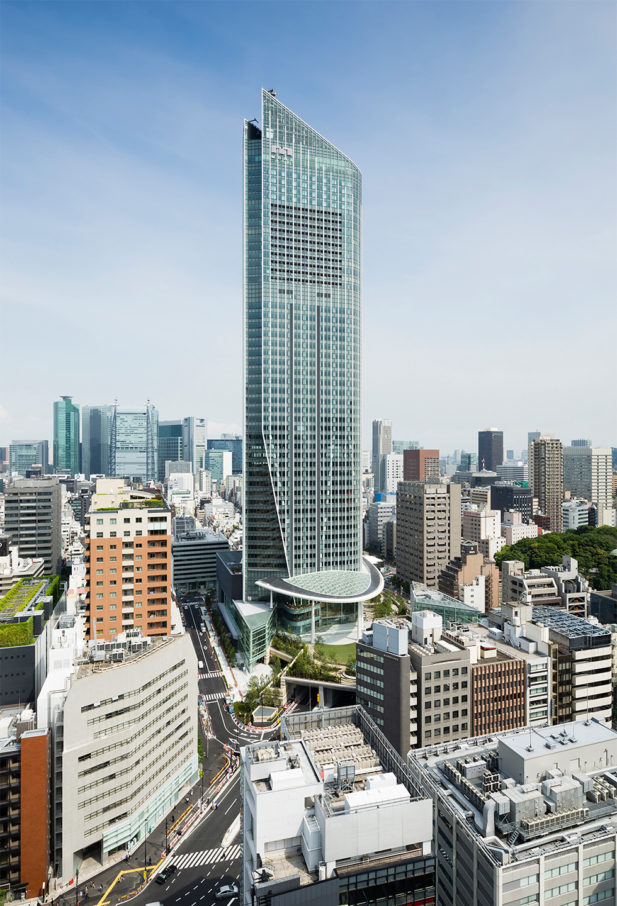 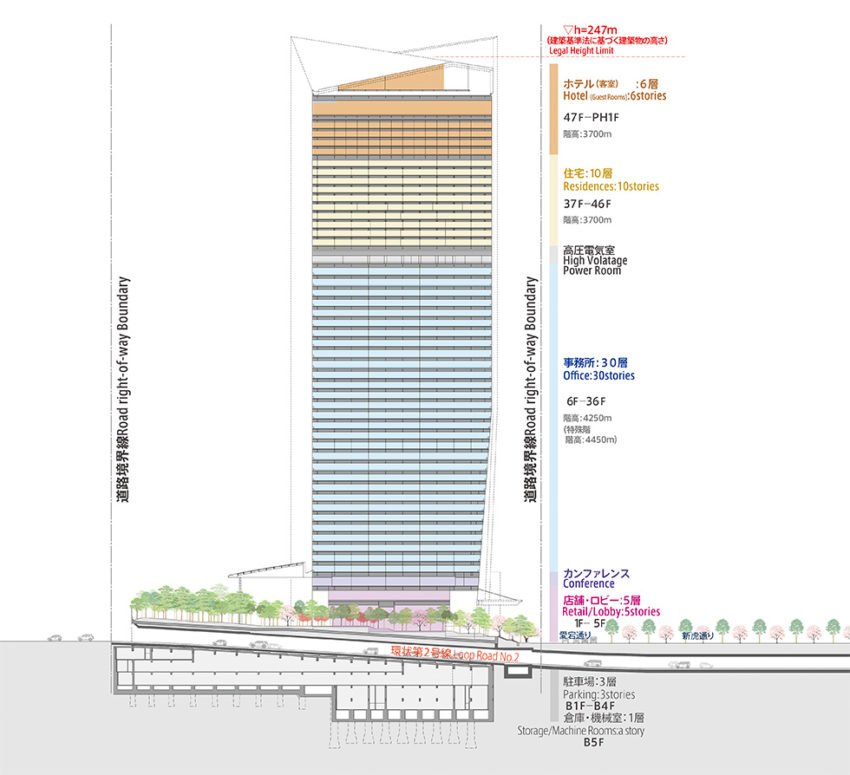